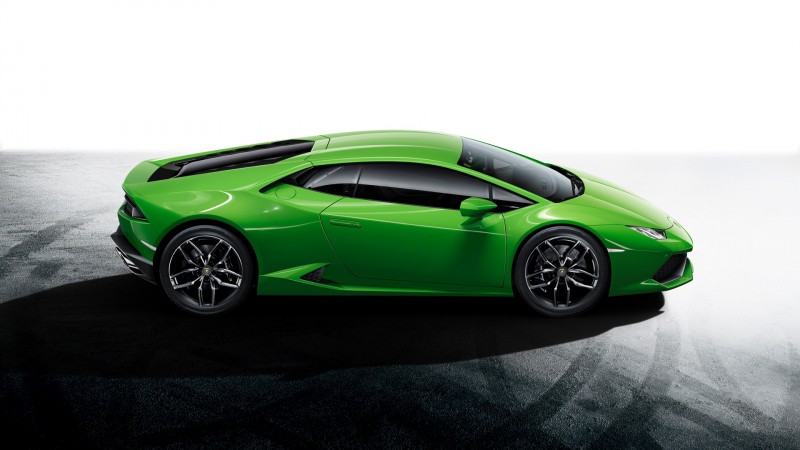 It’s that time of the year again when fanciful dreams and reality re-unite. Yes, it’s Christmas time and in all fairness, Piston Claus has yet again made our boyish dreams come true. If you’re wondering who (or what) Piston Claus is, he is an imaginary Santa Claus of the automotive industry whom we like to believe dresses up in a BMW “ M fan” sweatshirt and spongebob boxers, zips around the streets in a tuned GT-R with four V12 AMG engines, delivering automotive gifts to naughty gearheads in the boot of one’s car.

Yes he’s an atheist, despises the Lexus SC, and some say that he’s The Stig’s brother-in-law. All we know is that he has left us Lambophiles with a great deal of satisfaction. Thank you Piston Claus, for the latest Lamborghini, the HURACAN! (Insert lightning storms and bulls stampede here)

In the truest tradition of our religion (read Lamborghini), at the launch of a new bull we sacrifice one black horse (preferably in a prancing posture) to our great lord, Ferrucio Lamborghini. This holy tradition that we follow symbolizes the death of one Ferrari for every new Lamborghini that is born in the womb of Modena, only to add fuel (direct injection, of course) to the evident rivalry between the two.

So what do we get on first look: Audi’s persistent complaint about polishing the sharp cuts in Lambo’s body panels seems to be slowly taking effect as can be seen in the new Huracan. After you feel and absorb every angle of the car through that desktop screen, you can sense a beautiful mix of the designs of their past concepts and production vehicles. The rear has a strong oomph of the Sesto Elemento, the front headlights and fenders remind us of the Estoque (The bull that never was), the stance of an Aventador. Although the two humble creases on the front bonnet remind us of the yester years of the Gallardo family, showcasing that the Huracan family will proudly carry on the legacy of it’s past.

The Huracan’s design may be a hybrid of many Lambos, but the heart remains the same. Powered by a 5.2L V10, the same as the last Gallardo except more powerful. Power has escalated to a minor yet progressive increment of 610bhp. But don’t be ignorant of what this means because after running down a few calculations of my own, it turns out that the Huracan’s specific power output of 117.307hp/L is the highest for any naturally aspirated V10 engine EVER MADE. What this means is that the conventional trend of engine downsizing to increase specific power output is disregarded by the Italians as they continue to maintain the beautifully honed engine volume of 5204cc. 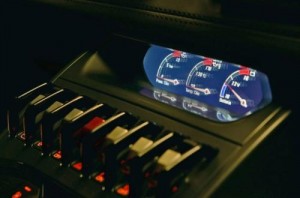 No details about the full specifications yet but Lambo claim a 0-60 stint in 3.2s. Kerb weight is down to 1422kg– a figure that has made Piston Claus awkwardly conscious. Chassis is a hybrid of Carbon fiber and Aluminium and the engine is coupled to the ‘box via dual-clutches. Torque reads a mountainous 560Nm at 6500rpm. Carbon Ceramic disc brakes come as standard. The wheels are no wind-sucking-to-cool-the-discs type crazy, but a practical 5 spoke Aluminum 19”.  Front windshield is more inclined almost like the Super Trofeo Stradale version. From what can be seen, it looks like the rear track width is lesser than that of the front. That is surely uncalled for by a Lambo but will prove advantageous in terms of handling. The three driving modes of Strada, Sport, and Corsa are also included. 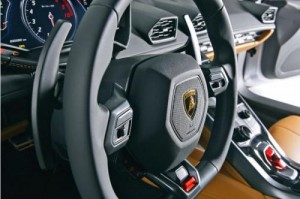 This brings me to the interior of the car- The center dash buttons can be commonly mistaken for launching nuke missiles. Like Mercedes’ classic cross shaped air vents (emphatically seen in the SLS), Lambo have a striking and cheeky hexagon tubed air-con vents. Almost seems like carbon nano tubes came to reality. Even at the head of the glove box, the angular hexagonal faces are taken from the rear grill of the Egoista. One look at the instrument cluster panel housing will assure you that it’s giving BMW’s i8 a run for it’s money. Elongated paddle shifts stand out as you enter the cockpit, first seen in the Aventador J. 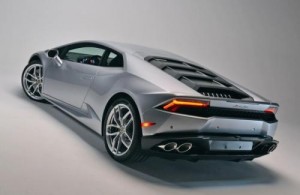 With the name as striking as the new Lambo itself, the origin of it is interpreted  differently. The general Spanish speaking peeps say it means “hurricane”, but ask a  Spanish historian and he/she would tell you that it was a legendary animal (part  human, part bull) that fought gallantly in Alicante, Spain in 1879. We assume this  to be the closest reason for such a name, and it’s not too hard to pronounce either  now that we’ve exercised our cheek muscles trying to get the Pagani Huayra right.

Over the years, as hardcore Lambophiles, we have witnessed the beautiful  evolution and growth of the company and as true enthusiasts we almost feel part of  this family.

The video series made OFFICIALLY by Lamborghini as a teaser proves a point- that they have not only made boys of all ages wet their beds, but have acknowledged the compelling passion of true Lambo fans. Watch the video and all it’s parts to understand what I mean. 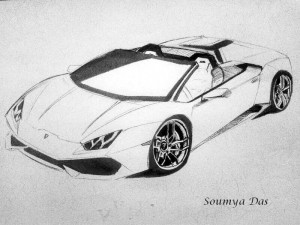 As a way of giving back something to this beautiful company, my wingman Soumya Kanta Das, who’s an ace automotive designer (self-taught), has rendered the Huracan Spyder version already, a move that Lambo would naturally consider in the near future. Mind you, he did this in exactly one hour! So Mr.Stephan Winkelmann, if you’re reading this, you know whom to hire next.

Before we end this Italian drama here, we got to admit- there’s a lot of room for improvement. Lamborghini’s first models are similar to Android phones- once you have it, there’s much that can be experimented with. It even takes a while to accept and realize how beautifully refined this new Lamborghini really is, given the fact that the last two launches (The Veneno and Egoista) were just outright mental.

But when you look at it over and over again, you are filled with a sense of inner peace knowing that Lamborghini not only gave the Gallardo family a fitting end but also justified its successor. It’s as if Vito Corleone handed over the mafia family to Michael Corleone knowing he would be the perfect heir. Once again, Lamborghini has the last word. 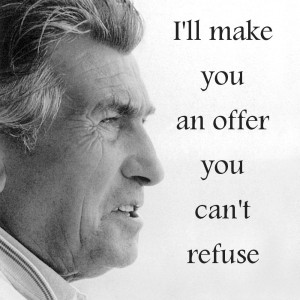