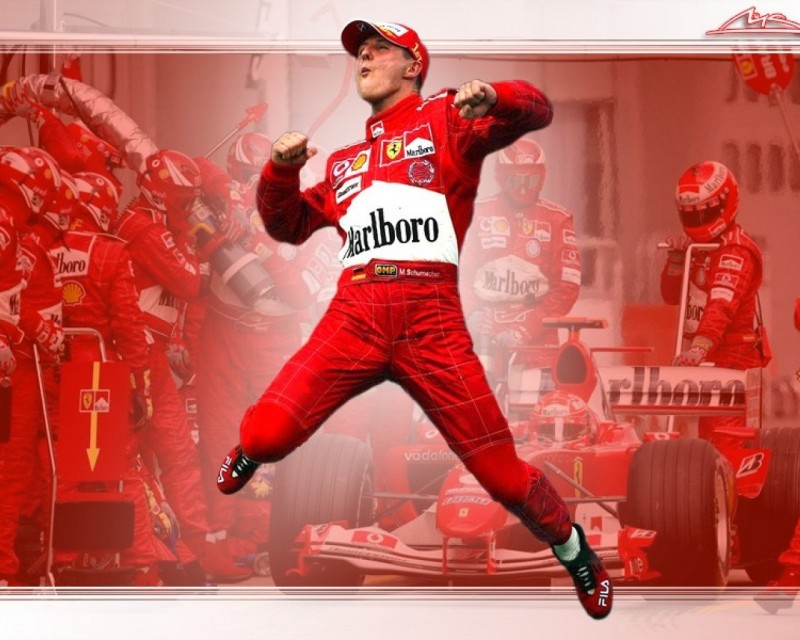 They said 2012 has to be the end of the world. I never believed the protagonists who backed the theory. And then there was the day, the 4thof October, Michael Schumacher announced his retirement from the epitome of motorsports. You do not have to be a Martin Brundle to know the greatness of one of the truest ambassadors of the sport. Schumacher has become the starting letter for describing the consistency, dedication and passion of a person towards his work. And we are sad that we no longer will be able to look out for that Cherry colored helmet in one of the cockpits.

A career that spanned over 20 years in the fast speed lane, gave the world some of the most historic moments Formula 1 has ever seen. He began as a German whiz kid and a master of go karts and debuted for Eddie Jordan’s Formula 1 team in 1991 in Belgium. He raced only once for the Jordans but no one ever knew that even this statistic would become so significant.

He then went on to join Benetton and straightway finished a classy 3rd in the championship table in 1992. This mark becomes even more remarkable when you take account of the fact that he was racing in the field which also had Ayrton Senna and Alain Prost in one of the machines.1994 and 1995 were the turning points in his career as he swallowed the championship in the consecutive years.

A big call was due for a long time now and in 1996 he became a part of the legendary Ferrari Formula 1 team. At this point Ferrari was struggling to win even a consolation and Ross Brawn spotted this guy out of the blue. What Ferrari never knew  was this could well be the name that could turn its fortunes forever. And thus began the remarkable championship years from 2000 to 2004 where Ferrari Schumacher won five consecutive championships. His tally went up to 7 and  still it’s a record and I guess, it would take a “Hand Of God” to break that….. Among these years there were two 365 day spans where he would amaze people again and again. In 2002, Michael Schumacher finished on the podium in every single race of the season and in 2004 he won an astounding 13 races in the season. No wonder these two are also record stats.

2006 was the year when the master bid adieu to the world of Formula 1 with being regarded as one of the greatest drivers in the sport’s history. In the mean time, in subsequent years, Michael donned the role of advisor in Ferrari, he planned the design of the car and in 2009, it was also rumoured that he would replace injured Massa in the red cockpit once again.

Speculations were put to rest when he rejoined the Formula 1 grid with the Mercedes Petronas in 2010. This move is much speculated to be because of Ross Brawn’s influence, who was then the team principal of the team. All said and done, Schumacher has managed a single podium in the past three years, and that in the current season. As the speculations again started taking the centre stage that he could return back to Ferrari for the 2013 season as Mercedes signed up Lewis Hamilton, Michael Schumacher decided it to call it a day. But you somehow know from deep inside that until and unless this decision wouldn’t have been conveyed to the team, Hamilton’s move wouldn’t have been possible.

We, at Autospace would like to thank Michael for whatever he has given to us and taught us during his entire career. We thank you for treating our eyes and heart with some of the most fantastic drives we have ever witnessed.

This is An Ode to the Red Master From AutoSpace.