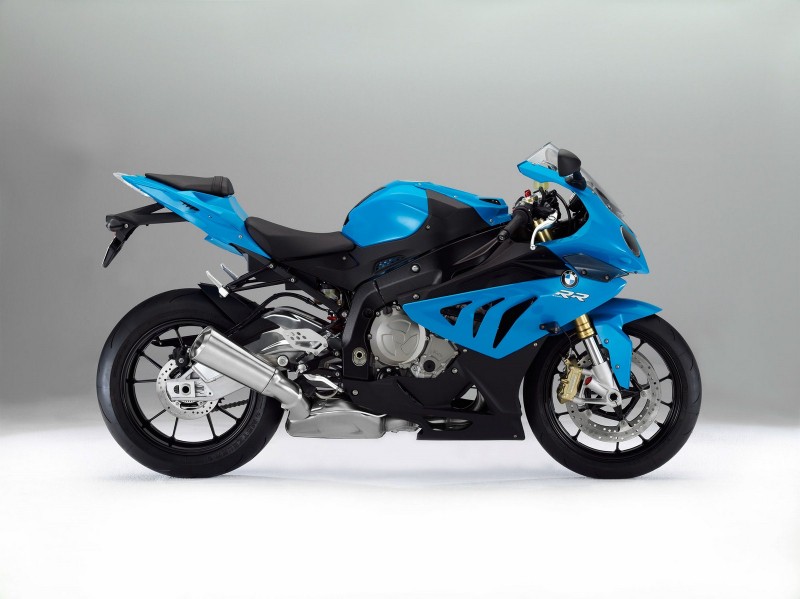 BMW didn’t try to bring about a revolution in how the S1000RR performs because frankly they didn’t have to. Instead the bike has evolved into a better version of itself. You can still see the old S1000RR buried deep in the fantastic technology used to make this amazing bike. The 193 horsepower engine has been left mechanically unchanged while making the power delivery punchier and more refined at lower and mid range rpms. Add to the equation a better chassis to help with tighter and faster cornering and improvements in the already class leading electronic wizardry take this absolute marvel of a superbike to a whole new dimension.

The engine, which is probably the best in its class has been specifically tuned and the air intake systems modified slightly to make the throttle response much better at low rpms. Both the air intake and the exhaust systems were also tweaked. The ram air induction opening is 20% larger and feeds a slightly modified airbox. The stainless-steel exhaust was also altered with the catalyzers relocated from the headers to the muffler. This allowed the removal of the oil sump’s heat shield, which saves a little bit of weight. Furthermore a complete exhaust system built by Akrapovic is available as an accessory directly from the dealer. The BMW S1000RR still offers four drive modes-Rain, Sport, Race and Slick-but numerous engine-mapping changes have been made to optimize throttle response and power delivery in each mode-including increasing Rain mode’s peak output by 11 horsepower, to 163 hp. The throttle-response curve has been recalibrated to respond more immediately in Sport, Race and Slick modes, and the power curve has been boosted for stronger acceleration in Race and Slick selections. In addition, physical changes to the throttle assembly that include a lighter throttle-valve spring and a shorter rotational angle from closed to wide-open throttle all combine to make throttle response and acceleration more direct and forceful.

Revisions to the airbox, including a larger air intake and revised intake stack geometry, along a redesigned stainless-steel exhaust, produce a slight increase in torque output between 5000-7500 rpm. This additional midrange power, coupled with slightly lower final drive gearing (now 17/45, compared to 17/44 before) is said to further improve rideability especially when driving off corners. Additional electronic trickery now eliminates the overrun fuel cutoff in Slick mode, to minimize engine-braking effect and improve stability during corner entries.

Dynamic Traction Control (DTC) and Race ABS programming have been optimized for even greater sensitivity in Race and Slick modes, and wheelie control specifically has been altered to activate the throttle valves in a much “gentler” fashion-addressing a major concern with the previous-generation S1000RR, which suffered from too-abrupt wheelie abatement.

The BMW S1000RR chassis has been slightly revised to optimize steering behavior and suspension action. The steering head angle has been changed from 66.1 to 66.0 degrees and fork offset has been reduced by 2.5mm to 29.5mm for quicker steering response. The wheelbase has been shortened 5mm as well.

The Sachs suspension components have received attention as well. New springs front and rear offer a wider range of useful adjustment, which will especially benefit trackday riders who have different set-ups for street (comfort) and track (performance) riding. The fork valving has been recalibrated to make the compression damping circuit more responsive. The rear shock gets a larger, 18mm piston to also speed up compression damping reaction, in addition to new needle geometry on both the compression and rebound valves for more predictable, linear response.
Acceleration and Speed specs:
Reference and source of information: Motor Cyclist