If what you see here looks familiar to you, then you might just be right. This intimidating giant was known as the Bonecrusher in the movie “Transformers”, where it played the intimidating ‘role’ of a machine best described by one word: hate. In the real world it is better know as the Buffalo. However, in contrast to such tacky names, this mighty giant in practical life serves as the Messiah of soldiers. Even right now, the Buffalo is being used in rescue operations which save hundreds of life in Iraq and Afghanistan, especially in terrains where few other vehicles have access. So let us take a look inside and learn what makes this thing a staunch ‘monster’.

The Buffalo, built by Force Protection Inc., is the largest of its fleet of MRAP vehicles. Classified as a category III protected vehicle, the Buffalo is officially designated as an MPRC (Mine Protected Route Clearing) vehicle, and is specifically designed to patrol roads and identify and either defeat, disarm, or remove mines and IEDs (improvised explosive devices).

The armor package provided by the Buffalo provides all round coverage against 7.62mm ammunition (the glass is 7.62mm multi-strike resistant.)  Ballistic protection is provided for the radiator, tires, battery compartment, fuel tanks, engine and transmission.  The V-shaped hull is specifically designed to redirect the blast out and away from the vehicle’s passenger area.  While the explosion may disable the vehicle, its passengers will not be injured, and the vehicle can be recovered and repaired. The Buffalo uses steel wheels and disc rollers which allow the vehicle to be driven over and detonate anti-personnel mines without sustaining damage.

As a result, unusually large numbers of mines can be neutralized in a short period of time.  In a recent incident that involved a Buffalo vehicle which ran over an anti-tank mine, the blast tore off a wheel and destroyed an axle on the vehicle. There were no casualties to the crew inside the Buffalo and the vehicle maintained its mobility and drove itself out of the minefield. It was repaired overnight and was back in operation the following day. 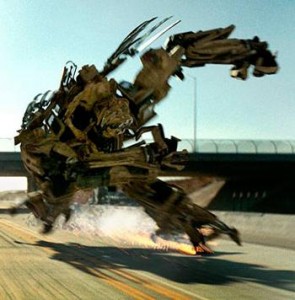 The Buffalo has a Mack ASET AI-400 diesel engine that makes 450 hp and a whopping 1,450 lb-ft of torque. It’s matched to an Allison HD-4560P five-speed auto transmission. It can also run on the JP-8 jet fuel. The suspension consists of a Fabco SDA 2300 23,000-pound drive steer axle, while 50,000-pound (combined) Mack tandem axles are in back; air brakes provide the stop. The Buffalo runs on 1600R20 XZL Michelin rubber. It’s 117 inches tall, 97 inches wide, and 323 inches long, with a curb weight of 45,320 pounds. The approach and departure angles are 40 and 45 degrees, respectively, with 16 inches of ground clearance under the front axle, and 20 inches under the transfer case cover. The high-tech Buffalo has been engineered specifically to be repaired in the field.

The Buffalo is equipped with a hydraulically-powered articulated “claw” operated remotely from within the vehicle, which can be used to dig, extract, and remove objects in the soil without exposing the vehicle’s crew.