When we use the word V-12 , the first thing that strikes your mind is ‘Surplus Power’ and when its from the production house of Lamborghini, adrenalin automatically kicks in your blood!  Yet, have you ever wondered who is the mastermind behind engine of this engineering sculpture masterpiece? 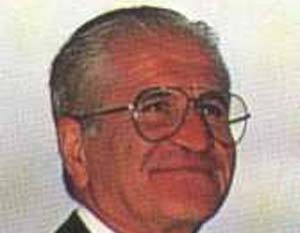 Giotto Bizzarrini , who was once a chief engineer in Ferrari around the 1950s, is the father of  Murciélago’s V12 Engine. I used the word ‘father’ due to it’s current relevance and significane. In reality, Giotto did not design the V12 engine of  Murciélago himself, rather he designed the 3.5 liter 60° V12 for Lamborghini 350 GTV, and with minor modifications and improvements, the very same engine (in 6.5 litre form) has been adopted as power plant for Lamborghini Murciélago LP 640.

Since Lamborghini had no further plans for the original 350 GTV beyond a show-piece,  he had the engine bay ballasted with bricks and kept the bonnet shut throughout the Turin Auto Show. This incomplete show car was also short of brake calipers, foot pedals, and windshield wipers.However, ironically Lamborghini 350 GTV ended up as a mere ‘show-only’ car. Ferruccio Lamborghini was dissatisfied with several design features of the 350 GTV, and also with the state of tune of the engine. Ferruccio commissioned Carrozzeria Touring to redesign the car to be more practical and had the engine detuned to 270 brake horsepower (201 kW; 274 PS) at 6,500 rpm for use in the production car. The resultant new body and retuned engine resulted in the first production Lamborghini, the 350 GT.

It has now been 4 decades since Bizzarrini invented the engine. Yet due to it’s technical splendor, it has inspired engineers at Lamborghini even now to use it’s slightly modified big brother in their latest automobile invention, approximately just as it was.