The tiring and endless saga to bridge the gap between what is real and what isn’t in the technology world finally seems to be getting somewhere. Software developers predict that soon you will be able to smell the aroma of a hot Mexican pasta while reading its recipe online. The gaming industry is making the experience so realistic for its gamers that it wouldn’t be surprising if one decides to randomly spray bullets in public imagining himself to be Captain Price of the Call of Duty franchise. Even the latest virtual personal assistant like Apple’s “Siri” seems to serve more than just its purpose for a few apple devotees, if you know what I mean.

Some people welcome such virtuosity with open arms while others are skeptical about it. Current automotive industry is equally entangled in wires and electronic gadgetry, some of which us enthusiasts have welcomed whole-heartedly. Like BMW’s living engine that can think for itself, and Google’s autonomous vehicles.

But off late there has been a similar bug that has crawled up from the dark into the automotive world. And most of us car lovers don’t really have our arms wide open for this new gadget.

I’m talking about the ugly-looking, engine noise producing device that has found its place in the cabin of your car. BMW, Audi and few others have begun incorporating this.Mostly in their electric power trains though.

So what exactly does it do? Well, it reverberates a pre-recorded (mind you again, IT IS pre-recorded) engine noise depending on the throttle position. So the harder you hit the pedal, the noisier it gets. But would one really want one? 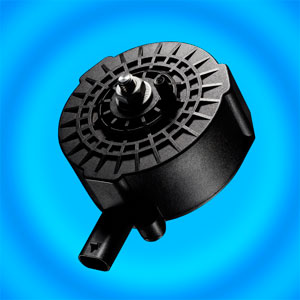 Reading this, you might have mixed reactions. But I’ll tell you what we feel about it in one word: REDUNDANT! RUBBISH! MOOD SPOILER! PLEASURE KILLER!

It is nothing but a sugar-coated pill. A velvet lie. To have that device lie to you about your engine’s grunt is like telling your friend you like Justin Bieber’s new song – people are just NOT going to buy that. It’s as unreal as a politician’s promise.

All this talk brings me to the 2012 BMW M5. Two big flaws by BMW on this once epic saloon –
1) they’ve firstly downgraded the engine to a turbocharged V8 from a beautiful V10. If you are wondering why, then ask any environmentalist and he’ll tell you.

2) Also and most importantly they’ve installed this fake engine roaring device in the passenger cabin to create a V10 like noise. And they thought we wouldn’t notice. 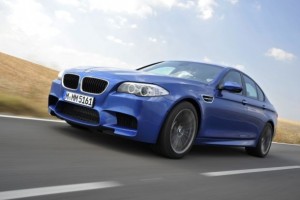 The very creation of this device began with solving the fundamental problem of electric cars being virtually noiseless, which increases the risk of being run over by an unnoticed, unheard vehicle.

But are you telling me that is the best solution our current generation of great minds of the automotive world could come up with?

Mercedes’ braking technology that hits the brake pedal automatically faster than the driver would at an emergency scenario using acceleration and pressure sensors ; Using thermal vision cameras at night to see beyond what human eyes can perceive to avoid collision ; not to mention ESP and traction control – one can easily come up with current, ready to be implemented technologies on the electric cars that will still give parents the assurance to let their children play out on the streets without having to worry about their kid run over by a silent  car.

Giving this a lot of thought, revelation dawned upon me when I was grieving about this technology to my fellow mates who share the same negativity about it as clearly expressed here. The problem isn’t that VW or Audi engineers aren’t thinking simple enough for the most simplest of solutions (I’d be the last person to underestimate their capabilities).

The problem lies with HOLLYWOOD…and all the other future visionaries of this world. Science fiction movies have deceived us into believing that the future world will look and sound like the ones depicted in “I,robot” and “The island” etc.

For those who have enjoyed the thrill of deafening engine roars bombarding your eardrums feel the pain of the arrival of this pseudo-musical instrument. But I’d rather have a noiseless car than being lied to me about my engine’s or motor’s firepower.

If you really want to be inspired by machines from sci-fi movies, then why not consider a practical BATPOD from “The Dark Knight” series? Now that’s what I’d callpersonal mobility at its best. 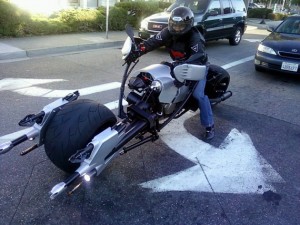