In this so called happening world, there is a way too much shortage of the power sources required for events to be happening. Disco nights, we need electricity, Bash ups, electricity? Sports carnival, electricity? Transportation, electricity? Now while I do not want to comment on the necessities of people breeding in the society but I would surely say that there is a necessity of genuine thinkers to get in line and start etching out something rather than random people commenting on this. And then you never know, what the outcome could be.  There has and will always be a group of voices in the lanes which would appeal for the sensible introduction of the “alter—native” sources of energy!!!! And now some of you may think, they already have. I didn’t deny that either.
Yes, they already have and to our face muscles’ delight, the various Government across the world have started taking this seriously.

But wait on. Is there something we are missing? Yea, now as I said the preferences may differ and in one example of such a case, The UK council has decided to switch off the streetlights, or rather call it the road-lights as early as 9:00 pm. This could look even more daunting when you consider the fact that in winters, the days gonna be shorter. While on reading this piece of article up to this very point, you may start wondering about the effects of this on the transportation. But trust me you do not need to even flex a single brain muscle of yours. 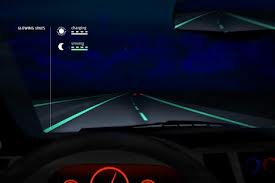 Meet this guy, Mr. Daan Roosegarde, a Dutchman. Roosegarde in partnership with the Hejmans infrastructure have developed an idea which can solve this problem with surprisingly positive effect. What this man from this RVPs country has come up with is worth admiration. They have come up with a design which would light up the road highways in the night using this glow-in-the-dark time photo luminescing powder. This powder would be used instead of the road markings on the roadways of the Netherlands. The characteristic of this powder is that it charges up in the sunlight in the day and can provide 10 hours of luminescence in the dark. This is not all. They have also collaborated with the paint companies and come up with paint markers to be put up on the road, for instance snowy flakes and clouds. When the temperature falls to a certain minimum level, these markers would glow up in order to indicate the drivers that the road is slippery and they better watch out for their tyre’s slip angles. This whole setup is going to be installed in the mid 2013 in the Brabant Dutch Province initially. 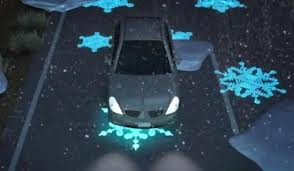 If you thought this was a genius idea, then hold on to it for a moment.  What they have got in the stock is a system of interactive lights along the highway that would light up once the cars approach and a special lane along the side of the highways which would facilitate the recharging of the electric vehicle while they are on the move. The complete scenario would take some three to five years to fall in place.

But then for now keep an eye on the Dutch Highways, as the mid 2013 could just be the time for people to facilitate their dropping jaws.

Watch out the video below for an interactive insight and the gallery for your downloads.