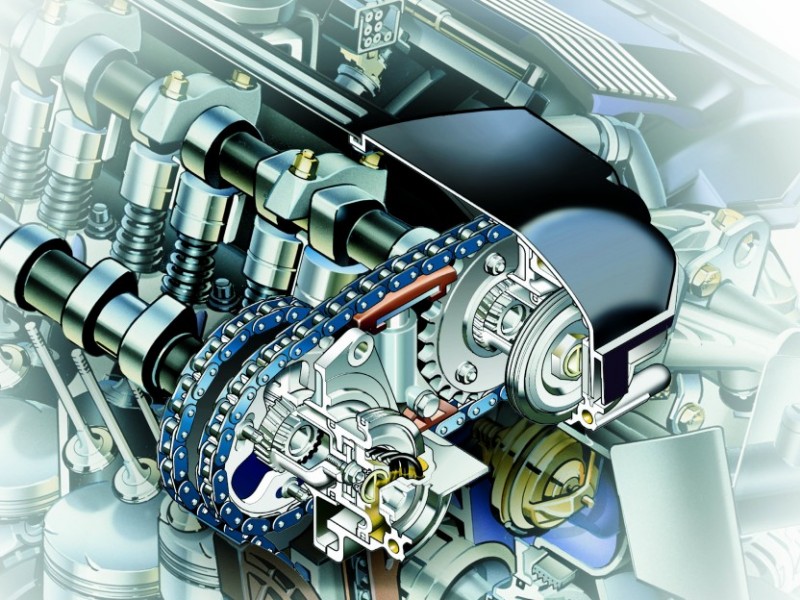 Before you get started, let us go through briefly what Tech Talk is about. Tech Talk aims at providing you with the latest and best of happenings in the technical world of autmotives. With this section, we proudly fulfill our motto of “All About Automotives”; now dedicated and designed to quench your thirst for technical knowledge entirely.  But before jumping on to this article I want to know if you have basic idea of how a four storke engine works?

Nope! no big deal.  Just Click here to get the basics of idea of a four stroke engine. Now as you are moving on I think you have enough idea of “How a engine works”. So let’s begin.

If you are a petrol-head I can bet you are not hearing “Variable Valve Timing (VVT)” for the first time. But ever wondered How this system works? How this system affect’s the performance of car equipped with this technology? How a engine lash with VVT is different from a common engines?

When I heard about this technology I was a kind of stunned and by now I assume so you are, but now its time to unwrap the mystery of VVT.

As you know, valves activate the breathing of engine. The timing of breathing, that is, the timing of air intake and exhaust, is defined by the shape and phase angle of cams. To optimise the breathing, engine requires different valve timing at different speed. When rev increases, the duration of intake and exhaust stroke decreases so that fresh air becomes not fast enough to enter the combustion chamber, while exhaust gas becomes not fast enough to leave the combustion chamber. Therefore, the best solution is to open the inlet valves earlier and close the exhaust valves later. In other words, the Overlapping between intake period and exhaust period should be increased as rev increases. 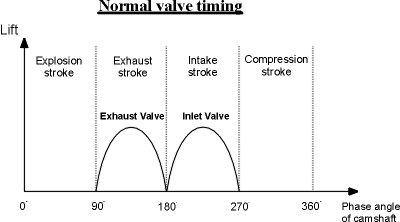 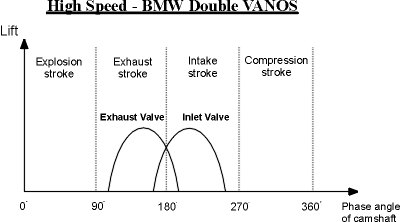 Previously a engine without VVT is set with best compromising time. For example, a pickup truck may adopt less overlapping for the benefits of low speed output. A racing engine may adopt considerable overlapping for high speed power. An ordinary sedan may adopt valve timing optimised for mid-range so that both low-speed drivability and high-speed output will not be sacrificed too much. No matter which one, the result is just optimised for a particular engine speed. But as you can see different class of vehicle have different needs so when their engines are running other than the compromising revolution, results in less power and decreased efficiency.

So With VVT, power and torque can be optimised across a wider rpm band without any drawbacks. The most noticeable results are:

VVT not only varies the timing of opening and closing of valves but also changes the valve lift. At high speed, higher lift quickens air intake and exhaust, thus further optimise the breathing. Have a look at this video

How Is Variable Valve Timing Accomplished?

Up till now I have discussed about how a VVT system affect the performance and its importance but now I’m gonna tell you how this theoretical model is mechanically achieved in an engine.

The mechanical (or in some case electro-mechanical) setup of VVT system differ from one manufacturer to other but the whole system works on same principle as explained above. Like Honda introduced the VVT technology as VTEC (Valve Timing Electronic Control). First appeared in Civic, CRX and NSX, then became standard in most production models. You can see the VTEC mechanism as 2 sets of cams having different shapes to enable different timing and lift (exactly same as shown in video above). One set operates during normal speed, say, below 4,500 rpm. Another substitutes at higher speed.
On the other hand let’s take BMW for eample, they have introduced this system as VANO (Variable Nockenwellensteuerung). You can easily understand the working of VANO system from this pic. As you can see the end of intake camshaft incorporates a gear thread. The thread is coupled by a cap which can move towards and away from the camshaft. Because the gear thread is not in parallel to the axis of camshaft, phase angle will shift forward if the cap is pushed towards the camshaft. Similarly, pulling the cap away from the camshaft results in shifting the phase angle backward.

Still finding it difficult to understand? I’ve searched out a video for you, take a look

I think by now you got my point of ‘same principle but different working’.

Here is a quick list with the most well known variable valve timing implementations. As you can see, manufacturers use their own names for the same thing.

Subaru
– AVCS (Active Valve Control System)
This is used in turbocharged engines to improve air flow. To achieve this the system uses hydraulic (oil based) support that changes the intake camshaft’s rotation. The whole implementation is controlled via vehicle’s Engine Control Unit (ECU).
– Dual AVCS (Dual Active Valve Control System)
As in the Toyota case, this does not only adjust the intake valves timing but also the exhaust ones.
– i-AVLS (Intelligent Active Valve Lift System)
A newer technology that is similar to Honda VTEC. It has two different intake lift profiles that are changed after a predefined RPM limit to increase camshaft’s lift. The whole operation is electronic using vehicle’s ECU which triggers solenoids that change the oil pressure. In addition to the variable lift system, this implementation also uses hydaulic pressure to change camshaft’s timing.

Nissan
– N-VCT (Nissan Variable Cam Timing)
Using an ECU controlled solenoid, it alters the camshaft’s rotation and consequently, the valve timing.
– VVL (Variable Valve Lift and Timing)
Using an hydraulic, oil based system which is ECU controlled it selects between different camshaft profiles, identical to the initial VTEC design.
– CVTC (Continuous Variable Valve Timing Control)
Using hydraulic power it adjusts the camshaft’s gear and timing belt to perform the valve timing.
– VVEL (Variable Valve Event and Lift)
This is one of the most advanced we have discussed so far. The ECU uses some stepper motors to adjust the valve timing and lift throughout the operation of the engine and not after a specified threshold.

Yamaha
– VCT (Variable Cam Timing)
This was a quite innovative approach of moving the camshaft in order to have variable lift and timing.

BMW
– Valvetronic
This is a complex design where the vehicles are equipped with electronic accelerator pedal that depending on the requested load, the ECU will lift the appropriate intake and exhaust valves accordingly.
– VANOS (Variable Nockenwellensteuerung)
Most cars equipped with Valvetronic also have VANOS. This uses an advanced method of moving the camshafts so that the valve timing is adjusted based on the driving style. However, its operation is limit based (it is activated at certain RPM levels) and it affects the intake camshaft(s) only.
– Double VANOS (DoubleVariable Nockenwellensteuerung)
This one overcame the issues of the previous design meaning that it supports continuous operation in both intake and exhaust valves.

Mitsubishi
– MIVEC (Mitsubishi Innovative Valve Timing Electronic Control System)
The only VVT implementation by Mitsubishi combines various features mainly for turbocharged vehicles. Its operation in also based on cams’ profiles but they are not strictly limited to a predefined RPM limit. Depending on numerous measurements that ECU collects it might start working on different RPMs. Finally, it works on both intake and exhaust valves.

Volkswagen Group
– VVT (Variable Valve Timing)
Recently, VW included this new feature to its models. The operation is based on a hydraulic system on the timing belt that performs VVT on the intake valves.

Porsche
– VarioCam
This was a very innovative approach during the time of its development. It implements VVT by adjusting the tension of the timing belt or chain that connects the two intake and exhaust camshafts.
– VarioCam Plus
An improvement of the previous technology, this one includes electro-hydraulic lifters that can perform two-stage lifting which leads to performance similar to Honda VTEC.

Suzuki
– VVT (Variable Valve Timing)
It uses an hydraulic system that changes the camshaft’s rotation and it is ECU controlled.

Alfa Romeo
– TwinCam
Although this does not directly implements VVT, it is a slight VVT technology. Mostly, an improvement of classic DOHC. It operates using a double row timing belt that alters the valve timing between the two camshafts.

So this is it. This is how I started off with my first technical blog post here at AutoSpace. So, was that article helpful? Do let me know. If you have any suggestion or opinion use our comment box to share with us also if you think that I missed something important, feel free to kick me.