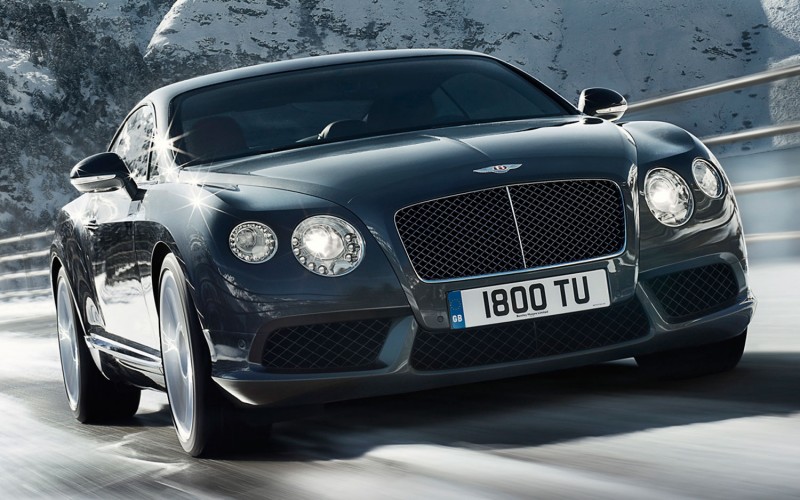 Downsized? Not exactly something you would expect from Bentley is it? But then you cannot call the new Bentley Continental GT V8 downsized. Sure it has 4 cylinders less than the gas guzzling W12 Continental GT but a twin turbocharged V8 producing over 500 break horse power with 487 foot pounds 0f torque taking you from 0- 60 miles/hour in 4.6 seconds with a roar loud enough to curdle the blood of any smart car owner, surely doesn’t fit the bill. Still not convinced? Then diamond embossed leather seat-covers, dark eucalyptus wood veneer is used to accent the dashboard and door panels, the latest electronic infotainment devices and access portals along with a knurled wood sports lever and an indented leather headliner should do it for you. Its almost like the designers at the now Volkswagen owned Bentley, decided on making a less lavish, not as egregious a car when they decided on reducing four cylinders of the engine but then just got lost as they started designing the Continental.

The twin-turbocharged V8 makes the new Continental GT weigh 55 pounds less in the front than its W12 counterpart helping with better weight distribution. Also sporting a new ZF 8-speed gearbox the V8 is much more fuel efficient than its bigger cousin which has a aging 6-speed tranny. Not only does this help to increase the fuel economy but also helps with better power and torque figures. The resultant is a major boost to the GT’s economy and emission figures. The new version is 40 percent more economical and just as less polluting in terms of CO2 emissions.

One of the most notable and amazing innovations in the new GT is its ability to shut down four of its cylinders at low throttle speeds. This is done sans any vibrations and noise due to very clever engine mounts not affecting the fantastic exhaust note. The conversion from a V8 to a V4 greatly enhances economy also helping with keeping the air clean. Bentley claim that the new version will do 26.7mpg, which in combination with its 90 liter tank takes the car’s theoretical range to above 500 miles. 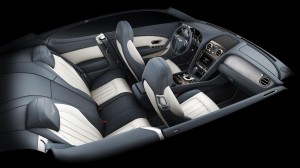 Traditional crafts of wood, leather and knurled metal are expressed in a crisp and modern design language to capture the sporting, youthful spirit of the V8. The symmetrical fascia was inspired by the Bentley winged ‘B’, and features a ‘flying buttress’ centre stack and open illuminated stowage. The shorter centre console creates extra space in the rear, emphasising the sporting feel of the cockpit. The specially-chosen veneer – Dark Fiddleback Eucalyptus – has a clean, straight grained appearance that also gives a spectacular 3D effect. Complementing the sporty, focused design theme, the V8 models are offered with a monotone hide interior in a choice of Beluga, Newmarket Tan, Porpoise or Imperial Blue.

A single-minded interior proposition entirely at one with the efficiency of the new V8. Choose the optional Driving Specification and you will be able to select duo tone colour split seats with perforated and quilted hide as an alternative to the straight flute design to create an interior that is truly unique. The exterior of the car has been made more aerodynamic helping reduce drag, Also looking much more aggressive with a lower three segment front bumper, LED ringed inner headlamps up-front and an LED embossed rear Bentley sign. The twin exhaust forms an infinity sign. The car also comes with 21 inch wheels developed by the Bentley design team.

The launch video posted by Bentley motors on YouTube:

They also posted a technical film for all those automotive buffs who would want to see how exactly this marvel came by: