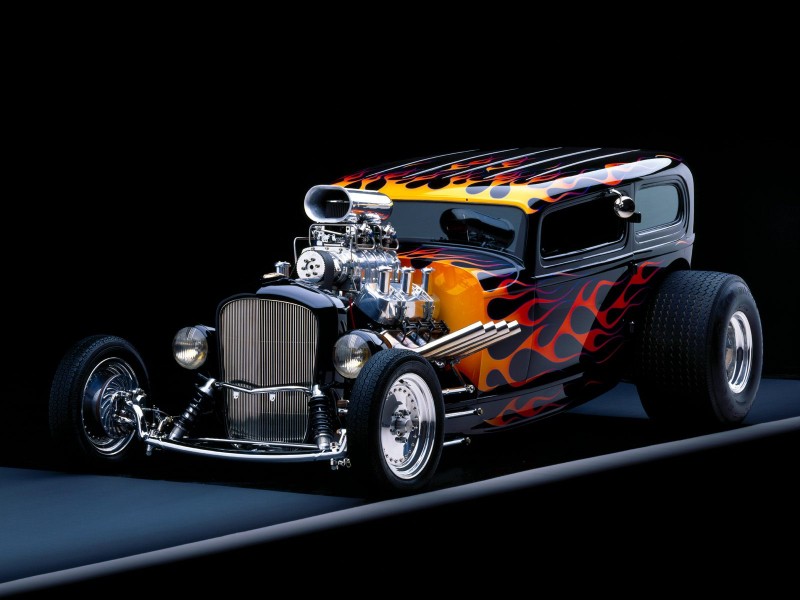 Far away from the stock and drab exists a completely different breed of automobiles, CUSTOMS. Near crazy designs, beautiful paint jobs, complete exclusivity, awesome innovation and supremely talented fabricators make this world of beyond stock thrive and grow. Everything from engines to rims gets customized and modified. Grey everyday motoring gets a spurt of colour.  Most of these designers are not engineers by education but automobile lovers and artists who start young and keep the passion alive throughout their lives.

Chip Foose, the legendary car designer, in a relatively short career, has created a legacy of designs and accomplishments that are well beyond his years. Chip was born and raised in Santa Barbara California and automobiles were definitely in his blood. Chip’s first job was working for his father’s company, Project Design. By age twelve, Chip already had five years experience under his belt, and had also painted his first car, a Porsche 356.  He also worked with his father, designing and building street rods, customs, studio vehicles and show cars for films such as Blade Runner, Robo Cop, and Gone in 60 Seconds.  Chip was personally selected by John Lasseter of Pixar to contribute paint schemes and graphic treatments to certain characters from the hit movie “Cars”.

The bike and chopper industry is just as, if not more passionate about customs. Fabricating these bikes and riding them has almost become a cult activity. Indian Larry, a giant in the bike fabricating world saw two books written about him after his death in a motorcycle crash. The “hubless” rims seen on many of Billy Lane’s bikes captured the imagination of the entire biking industry.

Paints – Paint jobs are a part of the strong backbone keeping the custom industry afloat. Mike Lavelle of Killer Paint also called the king of airbrush, dazzles everyone with a special paint job called true flames. Creating unbelievable art on everything from bikes to cars to speedboats, Mike is just the person to take your custom ride the final mile to greatness.

Awards – The highest award for customizers is the AMBR (America’s Most Beautiful Roadster) trophy, presented annually at the Grand National Roadster Show since 1948 (also known within the customizer community as the Oakland Roadster Show until it was moved to Southern California in 2003). This competition has produced famous, and radical, customs.

Another is the Ridler Award, presented at the Detroit Autorama since 1964 in honor of show promoter Don Ridler. With one of the most unusual of car show entry requirements, winners of the prestigious Ridler Award are selected as the most outstanding from among cars being shown for the first time. This prompts builders of many high-end roadsters to first enter the Autorama first and then the Grand National show in order to have the chance to win top honors at both shows. Few cars and owners can claim this achievement.