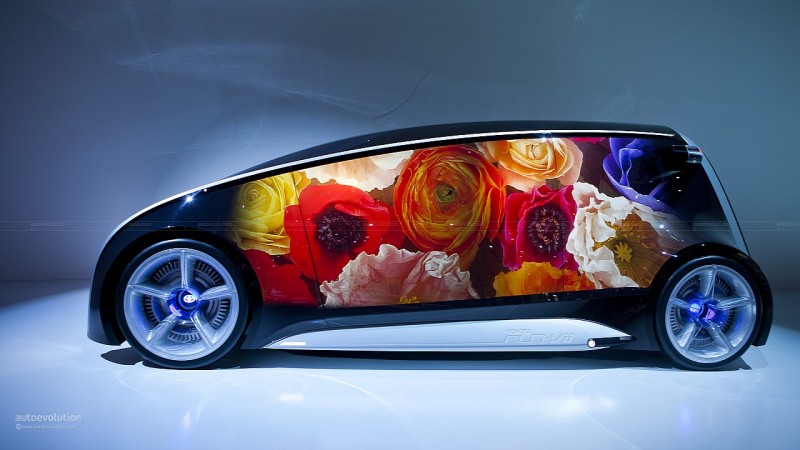 The conflict between designers and engineers has always been a rough one. A car designer’s ground shaking idea almost always contradicts with an engineer’s definitive principles. In very few cases have both their minds coherently worked towards achieving the same motive without getting their hands dirty.

Jump to the video below and you get the feeling that Toyota’s design department worked covertly on a project that wanted to  revolutionize the future of mobility and the way we perceive an automobile in 2043.
You have a car that changes colors through the owner’s smartphone app, responds to the owner when one’s walking towards it in a parking lot etc. All of which is really amazing.
But there is one slight problem. Watching the video you’d get the feeling that the designers chose to keep their engineers out of their project only because it wouldn’t be half as practical as shown. And like any other engineer on seeing this, I thought to myself that THE AUTOMOBILE was that one last mechanical creation that performed only what it was actually built for, and that is driving from point A to B…until now! “The machine that changed the world” is painfully treading the digital footsteps of those of a mobile phone or a wrist watch, that perform million other tasks than what is fundamentally required.
But then again, I got to admit. It is a darn good insight on what the future holds in terms of mobility, transportation and traffic management.
So, good work Toyota. Now you only need to get ASIMO driving that and you’ve perfected the art of automotive clairvoyance!