Believe me it is so small that I was unable to get its magnified picture. By the way scientists have created the smallest petrol engine in the world (less than a centimeter long not even half an inch), small enough to power a watch or any small gadget. The mini-motor which runs for two years on a single squirt of lighter fuel is set to revolutionize technology associated with it. It generates 700 times more energy than a conventional battery. It could be used to operate laptops and mobile phones for months doing away with the need for charging.

Experts believe it could be phasing out batteries in such items within just six years. The engine, minute enough to be balanced on a fingertip, has been produced by engineers at the University of Birmingham. At present, charging an ordinary battery to deliver one unit of energy involves putting 2,000 units into it. The little engine, because energy is produced locally, is far more effective.

One of the main problems faced by engineers who have tried to produce micro motors in the past has been the levels of heat produced. The engines got so hot they burned themselves out and could not be re-used. The Birmingham team overcame this by using heat-resistant materials such as ceramic and silicon carbide, finally.

We’ve included included some additional information to show existence of such technology.
This is being developed under the supervision of Kyle Jiang, from University of Birmingham. Some tech-update pics about this project: 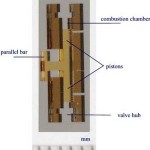 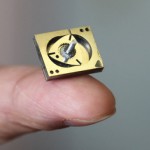 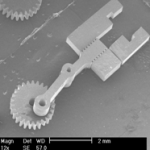 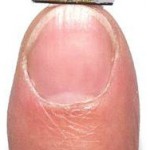 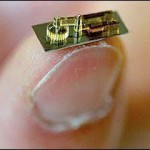 You must visit these links to get more information on “World’s Smallest Petrol Engine”.
I hope that’ll be enough to prove its existence and development.

Do let me know if I missed something or want to say something, in comments